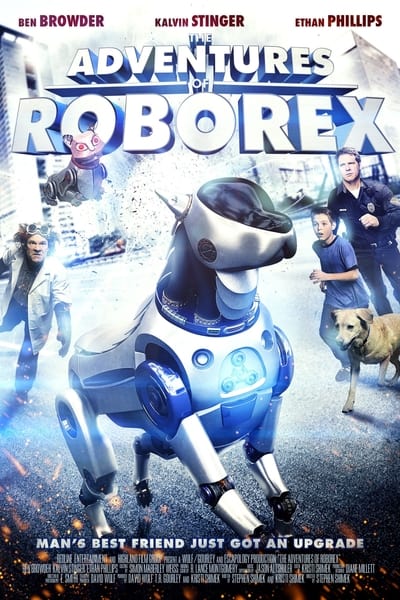 James Miller has only one friend in the world, his beloved Labrador Retriever, Rex. But when a strange capsule lands in the his backyard and a robot dog emerges, his life will never be the same. The robot dog identifies himself as RoboRex, and tells James that he has come from the future to stop an evil man named Professor Apocalypse from taking over the world, along with his wily robotic Destructo-Cat. Now with the help of Rex and RoboRex, James embarks on a heroic and heart warming adventure to save the future!

Comments
No comments for "The Adventures of RoboRex 2014 1080p WEBRip x265-RARBG".
Add Your Comments
Please Login to comment