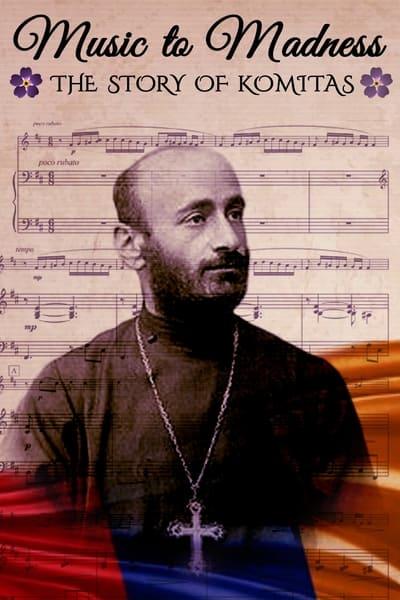 Born on September 26, 1869 in the Armenian homeland of the Turkish Ottoman Empire, Komitas was a frail, weak boy, but with a perfect singing voice. Despite humble life circumstances, it was his voice that brought Komitas to the Holy See of Echmiadzin where, not being able to speak Armenian because it was forbidden by the Turks, Komitas addressed the supreme bishop, Catholicos Gevorg IV, "I don't speak Armenian, if you wish I will sing." His genius apparent, Komitas went on to study at the music college in Tiflis (Tbilisi), Georgia, then to Constantinople, Berlin, and Paris. Renowned musicians of the day, Vincent d'Indy, Gabriel Faure', and Camille Saint-Saens, were entranced by Komitas's music. The French composer Claude Debussi, following a concerto by Komitas, exclaimed, "Brilliant father Komitas! I bow before your musical genius!" The driving quest of Komitas's passion, his dream, was to bring to the world the music and folklore, both ancient and modern, of Armenian culture. He would travel the countryside of his Armenian homeland in search of not only Armenian songs and dance, but also that of the Kurds, Turks, and Persians. Komitas would meticulously record and interpret these gems of Anatolian culture to a wider European audience. Had Komitas been allowed to live out his life in fulfillment of his dream, what wonderful music can only be imagined. Tragically, this was not to be. Instead Komitas found himself a part of the other Armenian intellectuals and community leaders of Constantinople that were taken to a death march on the night of April 24, 1915. What Komitas experienced, the abject brutality and torture, defies description. Although spared death because of the intervention of influential Europeans and Americans, the experience led Komitas on a descent into madness. He was put into a French psychiatric hospital in 1916 where he spent the remaining years of his life until his death in 1935.

Comments
No comments for "Music to Madness the Story of Komitas 2014 1080p WEBRip x265-RARBG".
Add Your Comments
Please Login to comment