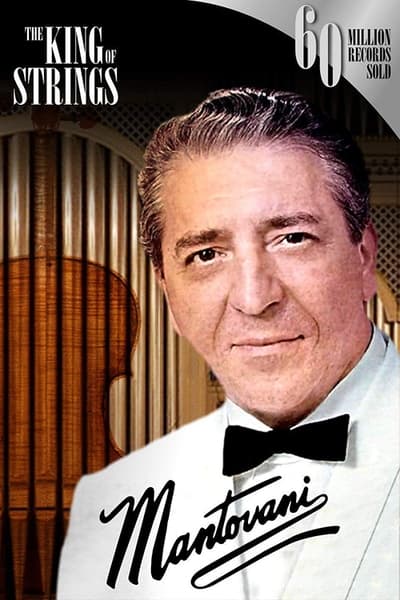 Annunzio Mantovani was the most successful orchestra leader ever, selling 70 million records from the 1950's to the 1970's. Known for his unmistakable cascading strings and recordings such as Charmaine, which influenced the stereo revolution, Mantovani enthralled the world with his sublime arrangements. This documentary is the story of the man and his music. Featuring exclusive, and unseen since 1959, footage from the original Mantovani TV show, this brand new documentary tells the story of Monty's arrival in England from his home city of Venice and his struggle to become one of the most successful easy listening artists ever. Featuring contributions from radio 2 DJs Ken Bruce and Ed Stewart, Mantovani orchestra musicians Gavin Sutherland, Franck Le Prince and Paul Barrett, plus official biographer Colin Mackenzie; and contributions from guest artists such as Petula Clark, Edmund Hockridge and , this is the definitive story of Mantovani - The King of Strings!

Comments
No comments for "Mantovani The King of Strings 2014 1080p WEBRip x265-RARBG".
Add Your Comments
Please Login to comment